"Orthodox" Jews collaborate, praise and even give an award to the founders of xian media outlet GLC

GLC, founded by Al and Tommy Cooper, sent out their end of year newsletter which shows very clearly they are an organization whose goal is to missionize Jews. 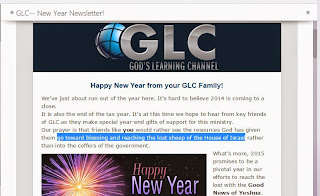 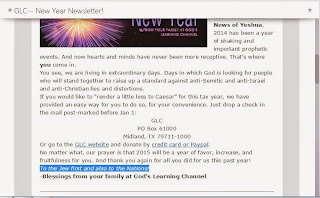 With phrases like "reaching the lost sheep of Israel" and "reach the lost with the good news of Yeshua" and "to the Jew first" I don't think there can be any doubt where these people stand on the "salvation of the Jews". What's even worse is the theology being pushed by the Coopers as they stated in a speech they gave at a ceremony in which they were honored by "Orthodox" Jews Ari Abramowitz and Sondra Oster Baras. The Coopers believe that the people of Israel, includes xians who are "grafted in" by their belief in yeshu. They believe this entitles them, and all those like them, to the inheritance promised to Avraham and his decendents i.e. the land of Israel.