Let's be clear, even though some Jews choose to ignore it, Hagee, like all xians, has a biblical mandate to convert all peoples to his beliefs and "savior".  He doesn't even try to hide it.

"The mission of John Hagee Ministries is to aggressively fulfill the commission that Jesus Christ gave to His followers to go into the world and make disciples of all people. Our purpose is to bring the lost to Jesus Christ and to build up and encourage those who are already believers. We pledge to our viewers & supporters to take The Gospel to all the World and to all Generations."

According to xians, the best kind of Jew is one who believes in yeshu, which they refer to as a completed Jew. So, it is no surprise that at John Hagee's annual CUFI Night to Honor Israel 2013, the main musical performance was done by a gospel group called The Isaacs.  While introducing the Isaacs, John Hagee's son, Matthew makes it known that the Isaacs are descendants of holocaust survivors and xians. 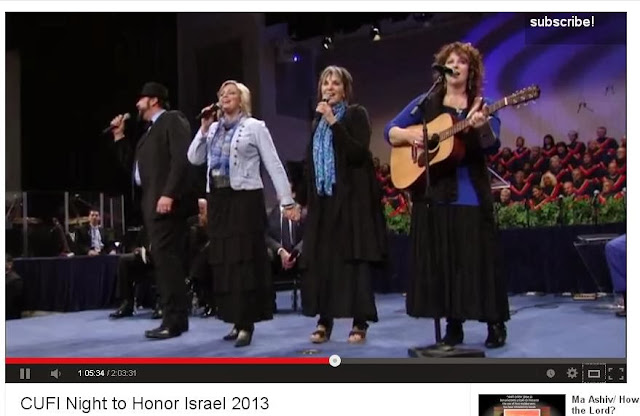 The group is made up of Lily Isaacs and her three grown children Ben, Sonya and Rebecca.

From the Isaacs website;
Lily Isaacs is a vocalist and matriarch of the group. She was born in Germany after World War II to two Polish Jewish Holocaust survivors and moved to the United States when she was 2 years old. She grew up in the Bronx, NY studying theatre and performing on Off Broadway and in 1968 recorded a folk album on Columbia Records with her friend as "Lily and Maria."  She became a Christian in 1971 when a death in the family brought her and patriarch Joe Isaacs to church for the first time. Soon after, they began singing Christian music and laid the foundation upon which the Isaacs ministry has been built.
Lily's testimony has been an inspiration to people around the world, so much that she has written an autobiography about her life's story.  Her love for Jesus has brought her through every chapter of her life and she loves to sing and share about His love.
Ben accepted Christ as a young boy and has always had a heart for ministry and helping people.

Sonya believed on Christ at 6 years old.  She has dedicated her life to spreading the gospel and shining God's light wherever she goes.

Becky has a passion for the Lord and loves to minister through song and testimony.

Becky has two children, Levi and Jacobi. So that is three generations of Jews lost to xianity and that is what is being celebrated by xians and Jews at A Night to Honor Israel.  As usual at the end of the program, Hagee calls up the representatives of Jewish/Israeli organizations to receive the checks he so graciously donates each year. 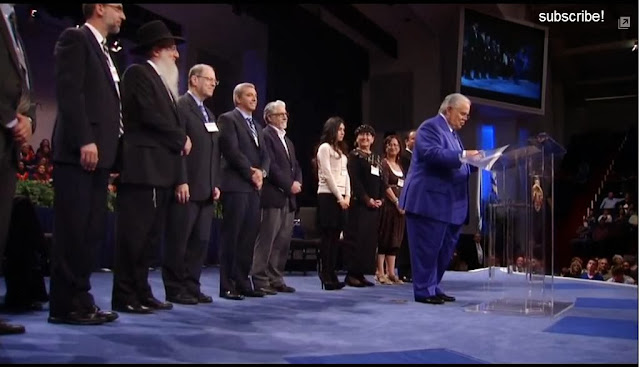 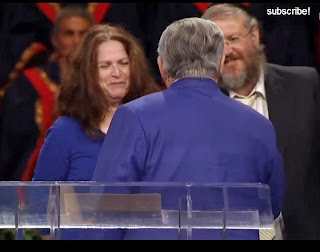 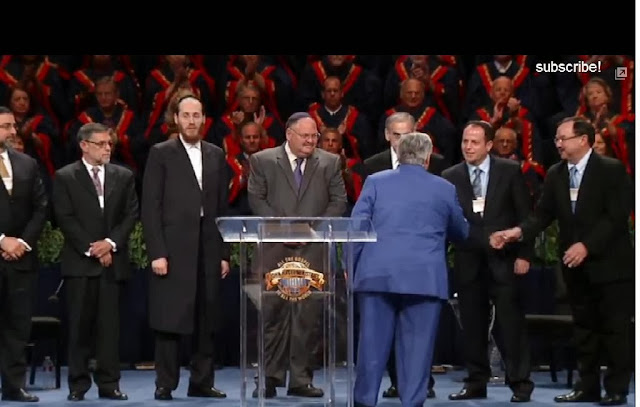 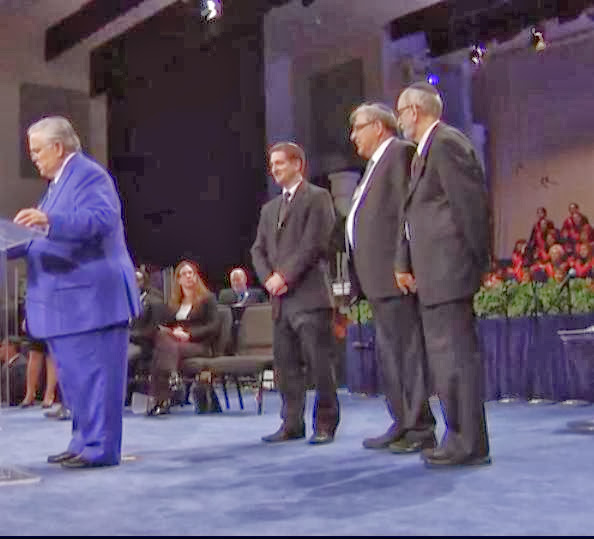 The Jewish Agency received 250,000 dollars but the big winner was Nefesh b'Nefesh which received half a million dollars.  Just look at how grateful Rabbi Yehoshua Fass and Tony Gelbart were. 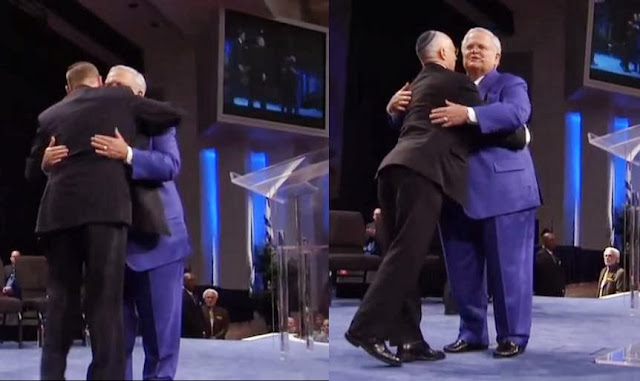 Did any of these Jews think about the poor lost souls of the Isaacs family?  Or were they only thinking of the big fat checks they were getting? Do these Jews care at all that while xians are giving money with one hand they are stealing Jewish souls with the other?

The "new testament" teaches that yeshu came to break down the middle wall of separation between Jew and gentile so that he could create one new man. Many xians think they must finish the job for yeshu to return. Xian zionist "love" has done more to achieve this goal in the past 10 years than xianity did in the past two thousand.  I would imagine that when xians see a spectacle of Judeo-xian unity like Hagee's Night to Honor Israel, they must believe the second coming is just around the corner. 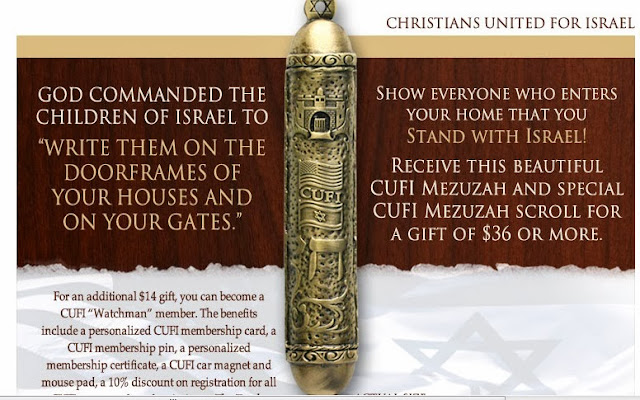 G-d decreed upon holy Israel that they must be separated from impurity and from the impure nations. The idolatry and foreign culture of the nations cannot coexist with G-d's Torah or with G-d himself.  (Rabbi Kahane z"l, Or HaRa'ayon)